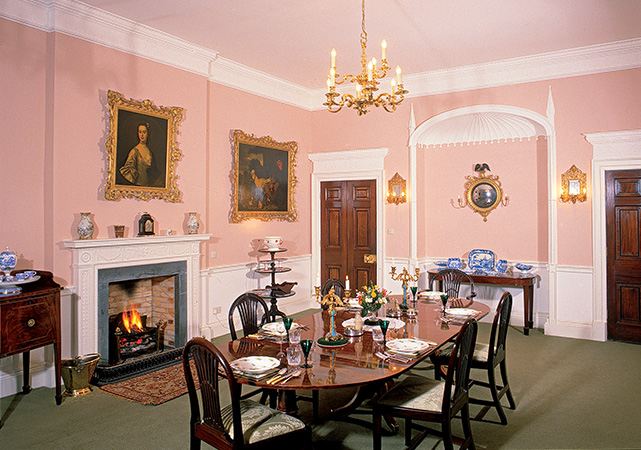 Prior to the First World War the household and outdoor staff numbered some 25-30 people.  Following the Second World War changes were essential.  There are now no full time staff on the estate.

In 1790, when this dining room was built, it was the most elaborate reception room in the House. In 1833 a new Dining Room was built during further extensive alterations.  This room was then divided in half and became the Butler's Sitting Room and Pantry.  Until 1914 the household and outdoor staff amounted to 25-30.  After the two World Wars this number declined to two. They used the Butler's Sitting Room and Kitchens, while Miss Blanche Spedding used just two rooms (at opposite ends of the House).

After her day, a new approach to life in a large house was essential. Without great structural alterations it is now home to several households. A butler's pantry and sitting room no longer being necessary, it was possible to restore this room to its original state.